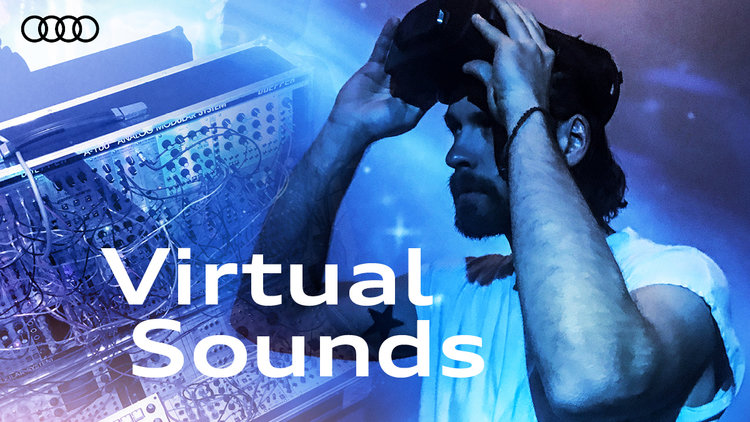 As a brand known for its technical and design innovation, Audi was looking to extend that reputation as a cutting edge provider of culture and entertainment via Virtual Reality, and hosted a VR event at their 360-degree cinema dome within their worldwide headquarters in Ingolstadt, Germany.

MIRROR+SPARKS created an interdisciplinary art performance for Audi that brought together visual, virtual and auditive experiences to leave a lasting impression. Virtual Reality immersed the guest into a united space of live music and 3-dimensional virtual paintings. Visuals were directly being triggered by the musical input. Guests could experience the live performance just like a usual concert, but what made the event special and powerful was that they could add to this experience by entering a virtual world via a VR-headset.

This virtual world consisted of landscapes, creatures, elements of nature and 3D scenarios based on Audi driving philosophy concepts brought to life with real time animated storytelling. The musicians generated and controlled the visuals with specifically composed music. As the audio input triggered the animation directly, its specifics were a result of each source of sound’s own nature at that moment of time (i.e. volume and intensity).

VR-trained personnel handed out OculusGo headsets to guests with a brief individual technical introduction. Each VR-headset contained one of three differently designed and programmed VR worlds, which playfully challenged the guests to socially interact with each other by exchanging headsets to get the full experience. While in the process, the guests started talking about their impressions and connecting with each other.