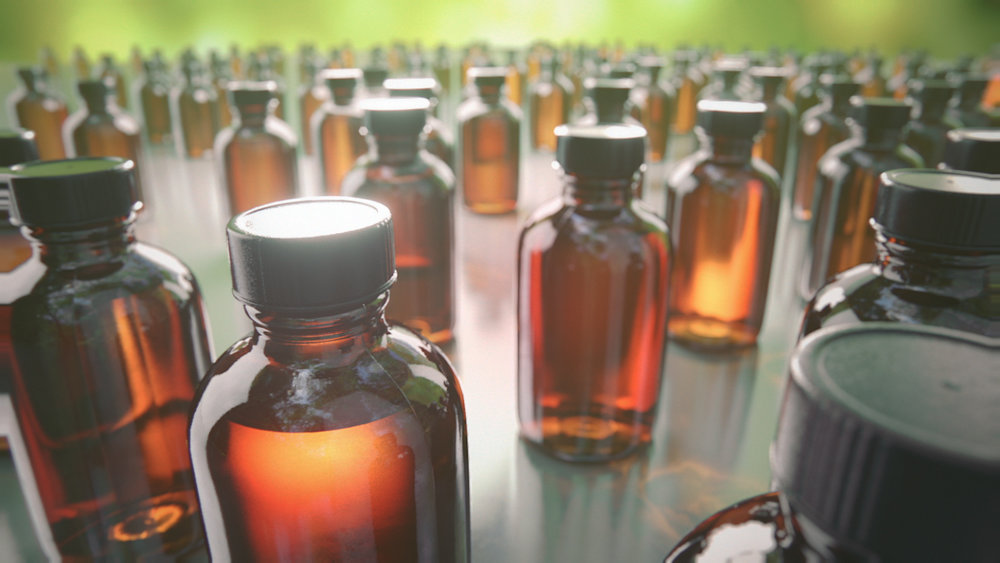 “For the launch of Blistex’s new Triple Essentials and Lip Serum products, agency Avrett Free Ginsberg engaged Nice Shoes Creative Studio, led by creative director Harry Dorrington, to craft a dynamic series of spots that would introduce the new products. The studio provided end to end post production on the campaign, with Dorrington providing creative guidance at every step of the project.
When the creative team at AFG shared their concept with Nice Shoes, the goal was to convey the careful curation by Blistex of the three essential oils for their lip balm. They wanted to show how the three oils were carefully chosen out of hundreds of options. Based on his experience of shooting product and tabletop footage, Dorrington recommended creating photoreal essential oil bottles in order to perform a dynamic camera move that swooped through the bottles.
Dorrington worked with CG director Andy Zazzera to do a proof of concept test, illustrating how the team would pull off the move. As the team moved into production, reference was captured of the bottles Blistex wished to feature.
“Doing this shot in CG gave the client the ability to showcase the ingredients in their product in a dynamic, beautiful way,” said Zazzera. “We had full control over the camera, lighting, and bottle placement than we would have if it had been a live action shot. In particular, the snaking move of the camera through the bottles required a bottle to be moved out of the way, which would have added time and complication to a live action shoot. The schedule allowed for us to refine and tweak the bottles, making them beautiful and realistic, so we could put a spotlight on the high quality oils going into Blistex’s new product.””