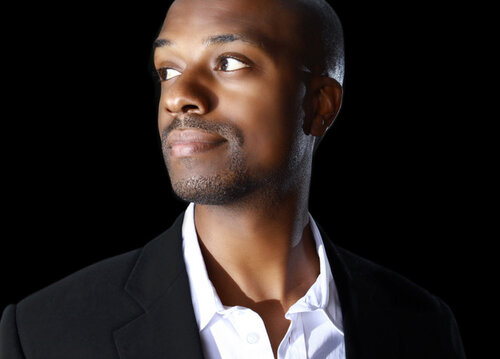 Having worked in the business for over 20 years, Life Garland has collaborated with and helped launch some of the world’s biggest creative talents in film and music.

On the film side, Life started his career at the legendary Propaganda Films, working under A-list Hollywood directors such as David Fincher, Antoine Fuqua and Michael Bay. This unparalleled mentorship and early position in the highly desirable Hollywood film world was undoubtedly the catalyst for Life’s interest in every facet of filmmaking – from directing, to editing, post production and VFX. The passion to become a multi-skilled talent meant that Life’s portfolio quickly went from strength to strength as he traversed film, entertainment, advertising and music video content.

In the music world, early projects included the direction of iconic music videos, “Get Low” for Lil Jon, “Go DJ” for Lil Wayne and Chamillionaire’s “Ridin Dirty” (which helped him win the highly coveted VMA award for Best Rap Video). As an editor he also picked up a highly coveted MVPA award for Best-Editing on DMX’s “Who We Be”. This standout early work in editing and film direction has since garnered the trust of top contemporary musicians. For the past six years he has acted as a visual consultant to Sean “Diddy” Combs, overseeing all post production and edits on campaigns such as Ciroc “French Vanilla” as well as SZA and Metroboomin’s “Gap” remix. The list doesn’t stop there. His extensive portfolio of over 1000 music videos contains work for the likes of Justin Bieber, Rihanna, Beyoncé, Akon, Prince, Diddy, Black Eyed Peas, Chris Brown, DJ Khaled, Busta Rhymes, Lady Gaga, Jennifer Lopez, Nelly, Drake, Jermaine Dupri and Pitbull to name but a few.

With a deep understanding of story-telling and the ability to authentically tap into the cultural zeitgeist, Life has also been a favourite of big brands and has worked on campaigns for Reebok, Skechers, Ciroc, Pillsbury, m-Cable, and Smart Car. Most recently he has just completed two variety specials for THE CW starring Taye Diggs, Ne-Yo and Eric Bellinger and a commemoration of Juneteenth in 2022. He has also written and directed a short film, entitled “Linked”, which he adapted into a screenplay with Larenz Tate and Akon both attached to star.

Life Garland, editor at Nice Shoes, comments: “For me editing has always held a particular mystique – the excitement of evoking emotion. There is nothing like seeing someone react to a piece that you’ve put together. It never gets old. Being a part of a model like Nice Shoes’ has always appealed to me. Here, I can continue to explore and develop all of my filmmaking interests. Most importantly though, I know they have a team that continually pushes for high quality results and in production and post these days, that is crucial. And, there’s nothing but good vibes all around.”

Tara Holmes, executive producer at Nice Shoes, adds: “Life brings a fresh perspective and unparalleled experience to the Nice Shoes team. He is not only a highly celebrated editor but his background in the world of music videos will strengthen our vision and our offering for clients. On a personal level, he brings a real excitement and joy for what he does. Combined with his love of collaboration, this really complements the team and outlook we have here.”