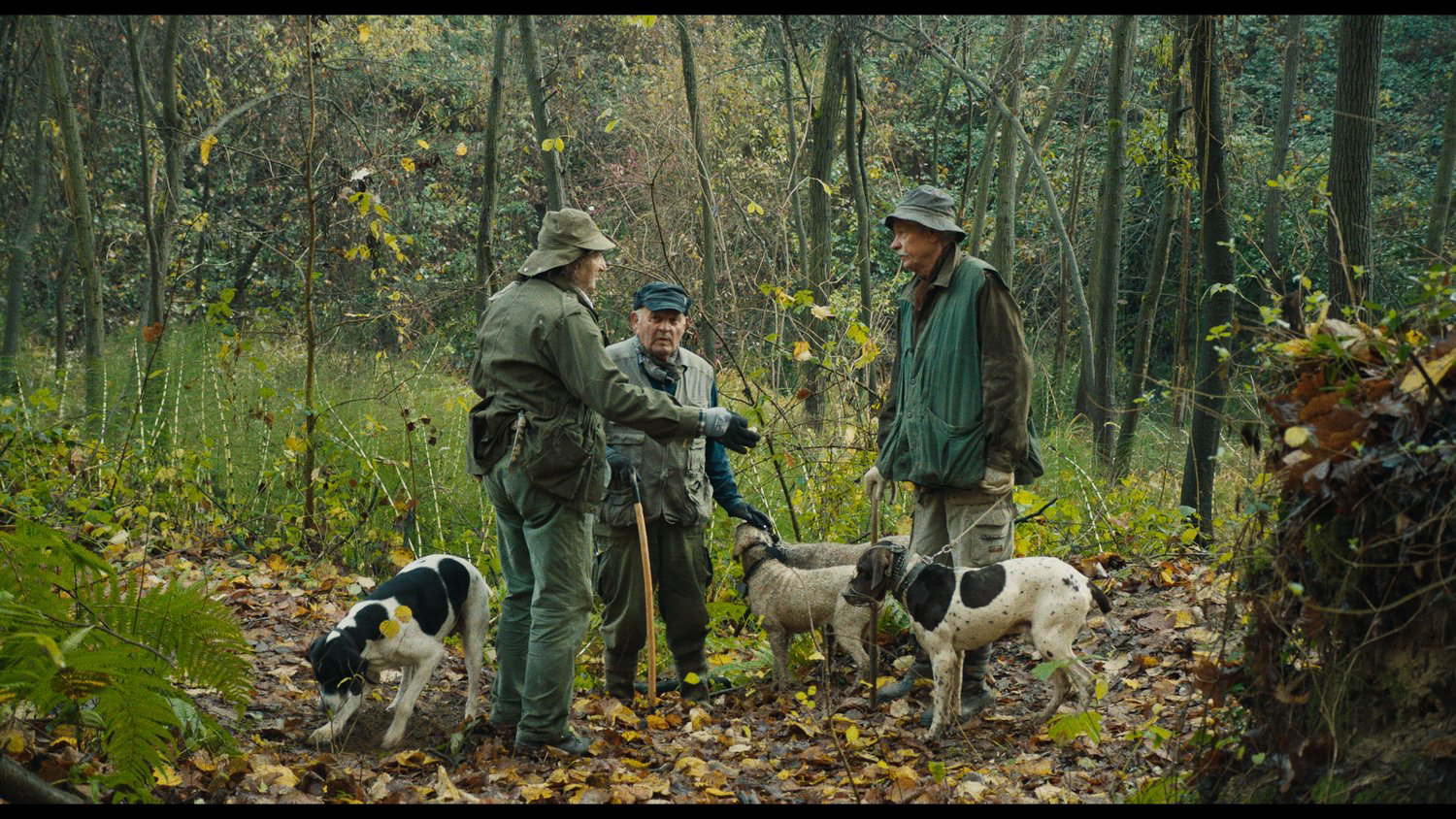 The Truffle Hunters is a rare delicacy, the kind of documentary that prizes patience, time and authenticity as much as its subjects do. It’s as rare, in fact, as the wild Alba truffles the titular truffle hunters search for with their dogs in secret pockets of the Piedmont forests of Northern Italy. Co-directed by Michael Dweck and Gregory Kershaw and produced by Call Me By Your Name director Luca Guadagnino, the film is made up of just 107 shots, each one framed like an old master painting. The end result becomes a slow, steady walk through a living museum to a little known pursuit and disappearing way of life.

The filmmakers developed a successful foraging process of their own: Dweck and Kershaw spent three years unobtrusively following these men and their dogs into the forest and into their homes to find the quiet, hidden moments in their life and work. Typically shooting no more than a single shot per day, they let scenes unfold organically, balancing the visceral pleasures of the hunt with more reflective moments. In one memorable scene, a dog-cam gives the viewer the animal’s thrilling POV. In another, elderly truffle-hunter Aurelio, who is childless, explains to his beloved dog Birba where she might live after he is gone.

For Nice Shoes Senior DI Colorist Marcy Robinson, who graded the film while at Goldcrest, it was this slow-moving attention to detail in every frame that drew her in. “Michael and Gregory made such gorgeous images,” she says. “They’re basically stills with small bits of motion in them. Each shot is particular and precious and very carefully composed and lit. That’s pretty unusual for a documentary. I think the color helps deliver the subliminal emotion of the film because we approached the grade in a similarly careful, subtle, and very detailed way.”

Robinson’s background as a still photographer and analogue photographic printer became a fundamental part of her process during the grade. “I was especially in my element with this project and was able to engage with the grade on a very emotionally familiar level,” she says. “My background in photography and printing is always with me. It’s the foundation for how I see and work. And with this film, it felt like I was back in the darkroom, which I often still miss very much.”

While she admits those thrilling GoPro dog-cams were among the most challenging to mix with all the sumptuous wide shots, the entire process was for her a satisfying labor of love. “Like the project itself, the grade was delicate, nuanced work that I was really able to take my time with and savor,” she says.

The Truffle Hunters is now streaming and available on DVD and Blu-ray.