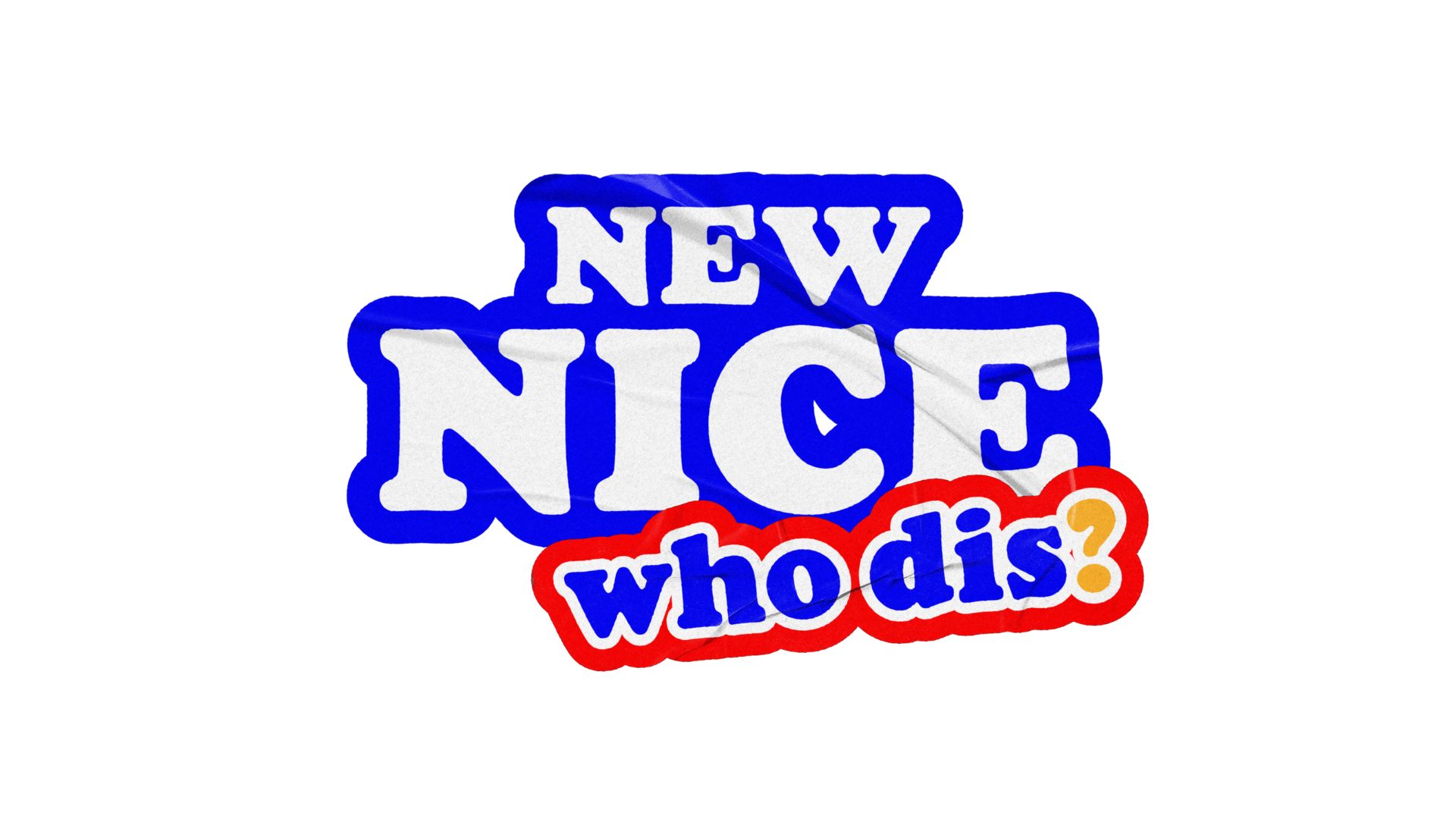 LBB speaks to the team behind Nice (Shoes’) brand refresh, to find out why the time was right to kick their shoes off in a new home and start spreading the ‘NICE’

It doesn’t take much time speaking to global ECD Harvey Glazer to figure out that, when he says “Nice Shoes is getting Nicer,” he means it. When a company has been in business for more than 25 years, you might expect them to settle down into a familiar groove. But in the case of Nice Shoes, repetition has always stepped aside for innovation.

And so it is in 2022, as Nice Shoes is stepping out with a fresh visual identity. For anyone who knows or has worked with the company, this will likely come as no surprise. Arguably the only constants for the creative production studio over the past two and a half decades have been innovation and change. Across its lifespan so far Nice Shoes has pioneered in the fields of color grading, high definition post, remote post production (all the way back in 2011), AR/VR, and virtual production amongst many more.

And so for the decision-makers at Nice Shoes, including Harvey and managing director Justin Pandolfino, the time had arrived to refresh the studio’s brand. With a gorgeous suite of new brand imagery, Nice Shoes is re-asserting its identity and redefining itself as it looks ahead to the next 25 years.

To find out more about the brand refresh, and what it means for one of the industry’s most enduring and creatively versatile companies, LBB spoke to Harvey and Justin.

Above: A series of new logos designed to highlight the range and depth of Nice Shoes’ creative services.

If it looks NICE, sounds NICE, and smells NICE, it must be NICE.

“Our goal here was to really separate our branding from the rest of the industry, to stand out without using the same old boring sales jargon,” explains Harvey. “Our creative talent is as good as any of our competitors but the NICE experience is completely different; It’s fun, it’s invigorating creatively, and most importantly it’s a breath of fresh air for our current clients and will be even more so for the ones who show up ready to play NICE.”

There’s an excitement and energy surging through Nice Shoes at the moment which is utterly palpable. It feels like something of a creative culmination – although the company’s new brand imagery has a decidedly vintage feel, it’s the result of changes and trends which have been a long time in the making. “For several years Nice Shoes has been pivoting from a color and finishing facility to a concept-to-completion creative production studio,” notes Justin. “While our evolution will never stop, we are a different company to what we were 25 years ago. It’s time we reflected through our own image.”

The heightened level of creative vibrancy suggested by the new designs is no accident. In fact, says Harvey, it’s a reflection of both the culture and capabilities of Nice Shoes in 2022. “It’s simple, really,” he tells LBB, “we’re just focusing on all the things we do as a company and letting each division stand out on its own. Sure, we do NICE color (which we also offer in Canada, eh), but we also do NICE animation, NICE VFX, NICE immersive, NICE production (including virtual production), and we have NICE people who work hard making each one of those divisions special.”

“In fact, probably the only thing we’re not making is shoes. But we do all wear them – or at least some of us do, some of the time; damn hippies.”

Diving into the beautiful aesthetic of the imagery, Harvey reveals that Nice Shoes’ new feel was inspired by a trip back in time. “For this campaign we dug deep into our childhoods when we used to collect scratch n sniff’s in albums, put rock pins on our jackets, and plastered our skate decks with stickers – all in an effort to individualize ourselves,” he says. “And that was the birth of this idea, individualizing each segment of the brand. This new aesthetic is all about being tactile. You can touch it, smell it, feel it, and most importantly it takes you back to being a kid again.”

Above: The design of these stickers evokes teenage days of ‘plastering our skate decks’ with beautiful iconography.

That nod back to a nostalgic past is there for Justin, too. “Way back when Nice Shoes first launched, our logo was a footprint with a custom child’s handwriting font, a concept that was generated for similar reasons,” he notes. “Perhaps this was an unconscious return to that ethos. Our refreshed brand is more accessible, and more interactive.”

This is “The New Nice”

Despite any callbacks, however, this is – in Harvey’s words – “not your father’s Oldsmobile.” The fresh designs coincide with a new identity for Nice Shoes, which the team refers to as ‘The New NICE’.

“It’s about breaking the mold on how creativity can be applied to so many different areas in the advertising, film, and television industries,” says Harvey. “A Lot of companies say they do everything, but we have divisions of people with the experience and reels to prove it. And with our offerings being so plentiful, it was time to step out from behind the brand wall, and find a way to communicate everything we do to our potential partners. What they find coming through our door is a unique and collaborative approach to creative that is streamlined by the perfect bounce pass from one service to another. That’s what we call ‘The New NICE.”

Above: Nice Shoes’ work with Gillette, which saw the iconic NFL star brought back to his 1989 pomp via deepfake technology, is an example of the far-reaching creative offerings which comprise ‘The New NICE’.

That all-encompassing application of creativity is central to Nice Shoes’ identity in 2022. “In terms of where we’re at now as a company, Nice Shoes is a studio which delivers creative from concept to completion, with a talented roster that covers the entire spectrum of production and creative services,” says Justin. “We’re curious, we’re ambitious, and we like to play.”

And, as ever, the company is keeping an eye on the exciting developments of the future. “I’m spending a lot of time at the moment working with our virtual production arm, as I truly believe that’s the way forward,” Harvey says. “We’re seeing massively positive responses from our clients who want to understand this new tech and need guidance on how to commit it to their workflows in the future. Remember in the VP world post production becomes pre-production and a traditional agency calendar just won’t allow time for that.”

Despite the refreshed look, then, the qualities which have helped Nice Shoes to stand out for decades are set to endure. “Our approaches to technology and talent curation are about crafting the perfect creative solution for any project,” says Justin. “We’ve always been problem solvers, and all of this innovation and restyling is about finding new and better creative solutions.”

And so, whilst high-quality creativity will never go out of style, that’s why it’s time to bring in ‘The New NICE’. In the words of Harvey, “Being the guiding light to a new era while still maintaining a grasp of where you came from can be trying at times. But that’s exactly what we’re doing, and it’s a great place to be.”