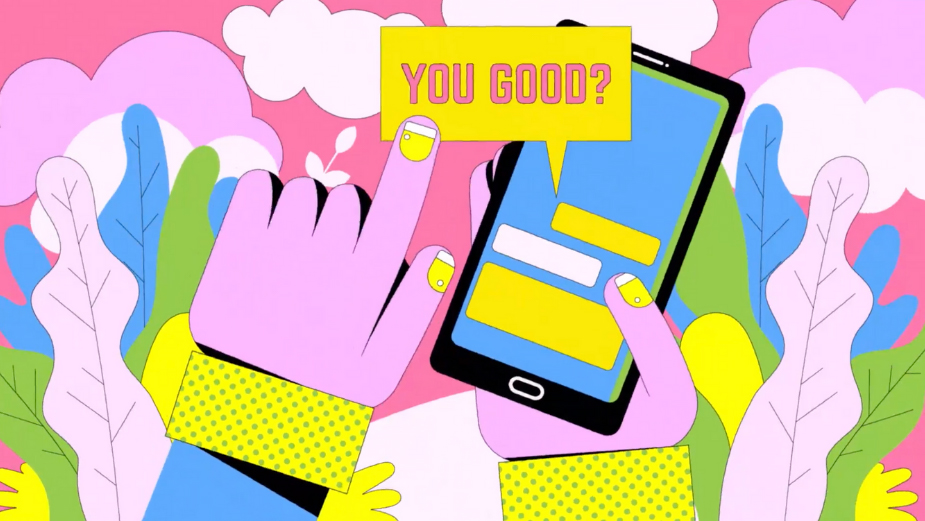 A week is a long time in advertising. A year is practically its own era. 25 of them, then, is a mind-boggling length of time.

And yet that is precisely the milestone which the creative studio Nice Shoes has been celebrating in 2021. In truth there are precious few companies which can claim to have had as meaningful and enduring an impact on our industry as Nice Shoes. Originally co-founded by Dominic Pandolfino in 1996, the past 25 years have seen the studio bring to life some of the most iconic work in short and long-form alike.

As part of a new five-part series of articles, we’ll be celebrating 25 of the creative studio’s best pieces of work across animation design, color & finishing, immersive & experiential, editing & VFX.

seize the awkward: whatever gets you talking

Last year, Nice Shoes partnered with Droga5 for a campaign coinciding with Mental Health Awareness Month in the US. The result was a head-turning and kaleidoscopic piece of animation on which the capabilities of Nice Shoes were essential, as the studio provided production, editing, and finishing services.

The inspiring film, backed by its own bespoke rap track, is a testament to the power of animation.

In the three years running 2017 to 2019, Nice Shoes partnered with the Toronto Raptors – Canada’s only NBA team – to provide an animated rallying cry for their playoff campaigns. It turned out that the third time was the charm, as the Raptors won their first-ever NBA championship in 2019.

Creative director Stefan Woronko amped up the intensity for the above epic, heart-pounding spot. In an effort to celebrate the team’s diversity of the Raptors’ fan base, the team at Nice Shoes animated a flag spelling out ‘We The North’ in a plethora of different languages.

Creative Director: Stefan Woronko twizzlers: every friendship has a twist

No two friendships are the same. To celebrate that fact, Nice Shoes and creative director Matt Greenwood formed part of a campaign from Anomaly which animated the brand world of Twizzlers.

The bold and colorful pop-style films utilized a combination of 2D and 3D animation in expressing the 16 different looks at the heart of the brand’s ‘Every Friendship Has A Twist’ campaign.

For so many reasons, 2020 was a pivotal year for defining America’s future. As a studio, Nice Shoes played an active role in the social conversation in a number of ways. As well as providing post for ads in Joe Biden’s election campaign, Nice Shoes flexed its animation muscles in the above animated spot for Larry Wilmore’s short-run interview show on NBC’s Peacock streaming platform.

Over the course of a brisk 15 seconds, the ad touches on many of 2020’s defining moments including the tragic death of George Floyd, the rise of the BLM protests, Colin Kapaernick’s decision to take the knee, the chaotic final events of Donald Trump’s presidency and the election win of Joe Biden and Kamala Harris.

Last but by no means least, Nice Shoes’ work with DasherDirect proves that animation doesn’t need to be loud and bombastic to make a mark.

Here, a smooth and easy-on-the-eye style helps to communicate a new offering from DoorDash – DasherDirect. The spot, animated by Stefan Woronko, leans into beautiful simplicity in laying out the new services offered by the card.