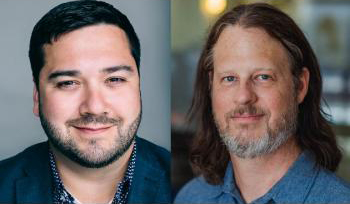 News
Justin Pandolfino appointed to the PNYA board of directors

Post New York Alliance (PNYA) today announces that Nice Shoes, the New York City-based creative production and post studio, has been appointed to its Board. Nice Shoes Managing Director Justin Pandolfino will represent the company on the board, joining Nice Shoes Executive Producer Chris Peterson who continues in his role as an Executive Board Member and PNYA Board Secretary.

“We are thrilled to welcome Nice Shoes and Justin Pandolfino to our Board leadership,” said PNYA Board President Yana Collins Lehman. “Nice Shoes is a long-time industry leader, and we are grateful for their commitment to supporting the broader New York post community. We look forward to working together to build a stronger industry.”

Nice Shoes has been a member of PNYA since 2019 and has been a strong supporter of its initiatives, including its work to extend New York State tax incentives for post. “We view membership in the PNYA as mandatory,” said Pandolfino. “We enthusiastically support PNYA’s exceptional advocacy work. It’s also an essential resource for understanding what’s going on in the industry, networking with peers and other important issues.”

“Joining the Board is a great way to contribute to future PNYA initiatives, help the organization grow and give back to the community,” Pandolfino added.

Nice Shoes staff have been regular participants in PNYA programs and networking events, including its podcast series Post Break. “Nice Shoes’ values dovetail with those of PNYA in terms of promoting creative and technical excellence, ongoing professional education and diversity,” said Peterson. “In the short time I’ve represented the company on the PNYA board, we’ve already had several of our team members share their expertise on Post Break podcasts, on topics including imaging science for visual effects and neurodiversity.”

With the post industry rebounding quickly from the pandemic, Nice Shoes has been expanding and extending its service offerings. In May, it hired Senior Colorist Marcy Robinson whose credits include Gemini Man (Ang Lee), Wedding Story (Noah Baumbach) and The Truffle Hunters (Michael Dweck and Gregory Kershaw). BREAK+ENTER recently added staff and widened its cloud-based workflow. Recent projects include The Many Saints of Newark (HBO) Wendy (Disney) and Pennyworth (EPIX).

Post New York Alliance (PNYA) is an association of film and television post production facilities, labor unions and individuals operating in New York. PNYA members coalesced around the belief that a unified industry presents the post production community better opportunities to develop and promote public policy that benefits the film and television industry as a whole. PNYA’s objectives include incentivizing projects to finish in New York, marketing the services provided by the New York post-production industry and creating avenues for talent to enter this fast-growing sector of the economy.