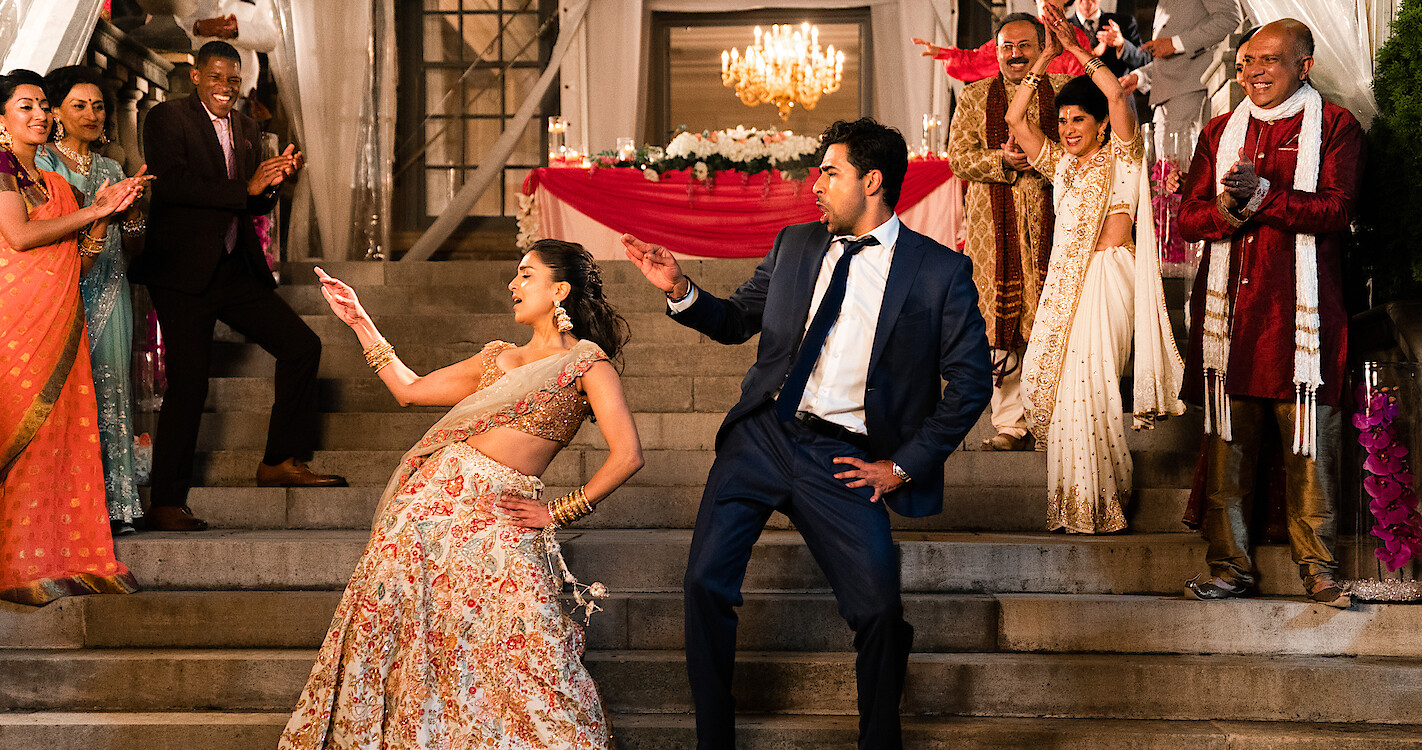 Nice Shoes produced the main title sequence for Wedding Season, the new romantic comedy from Netflix about a pair of young Indian-Americans under pressure from their parents to marry. Creative Director Stefan Woronko collaborated with Tom Dey, the film’s director, in designing the witty, lighthearted opener, which draws inspiration from dating apps.

Graphics type onto the screen as if Asha (Pallavi Sharda), the film’s main character, is filling out an online dating profile. She paints an upbeat portrait, describing herself as having a “joyous appetite for life” and seeking an “Indian Prince Charming,” but the accompanying montage tells a different story. Asha is actually leading the hectic, disorganized life of a struggling entrepreneur—and it’s not exactly a fairy tale. In the end, the author of the profile is revealed to be her mother.

“Tom and I thought the dating profile was a fun way to introduce the character and set the tone for the story,” Woronko says. “We start quietly but build as the mother’s claims become more over-the-top and out of whack with the reality of Asha’s life.”

Woronko also designed the end crawl where credits, in elegant typography, animate over a wedding scene that looks like something from a Bollywood musical. “It’s celebratory,” he says. “It brings back everyone we’ve met over the course of the film and the colors are vibrant, golds and purple. The graphics have the same feel and are more ornate than in the opening. They look like the menu or seating chart from a real wedding.”

The elegant calligraphy draws in part on Woronko’s personal experience. “As a young designer, I was often asked to design wedding invitations for my friends,” he recalls. “But, this is the first time I’ve applied those skills to a movie.”